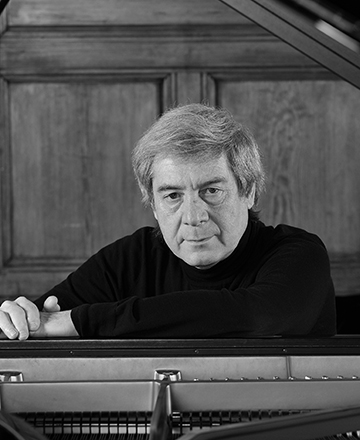 Celebrated pianist Dmitri Alexeev is one of the world's most highly regarded artists. His critically acclaimed recitals on the world's leading concert stages and concerto appearances with the most prestigious orchestras have secured his position as one of "the most remarkable pianists of the day" (Daily Telegraph).

He has performed in all major concert halls around the world and has performed with all leading orchestras such as the Berlin Philharmonic, Chicago Symphony Orchestra, Philadelphia Orchestra, Royal Concertgebouw of Amsterdam, the five London orchestras, Orchestre de Paris, Israel Philharmonic and the Munich Bavarian Radio Orchestra amongst others. He has worked with conductors such as Ashkenazy, Boulez, Dorati, Gergiev, Giulini, Jansons, Muti, Pappano, Rozhdestvensky, Salonen, Svetlanov, Temirkanov, Tilson Thomas and Klaus Tennstedt amongst many others.

Alexeev has made many fine recordings for EMI, BMG, Virgin Classics and Hyperion labels. Following his Virgin Classics recording of the complete Rachmaninov Preludes, which won the Edison Award in the Netherlands, BBC Music Magazine described him as "a pianist at once aristocratic, grand and confessionally poetic. This is an inspiring disc." In 2019 Alexeev completed his recording project of Scriabin’s whole solo piano works which will be released in nearest future. His recording of the complete Chopin Mazurkas was released in 2014. A recording that Gramophone Magazine referred to as “one of the best recordings of the Chopin Mazurkas that have appeared in the past three-quarters of a century - one of the best alongside those of Rubinstein and Yakov Flier.

“Alexeev’s two piano transcriptions of works by Shostakovich, Stravinsky and Gershwin as well as a his transcription of Brahms’ Ballade for Viola and Piano were recently published by ‘Muzyka’ in Moscow. 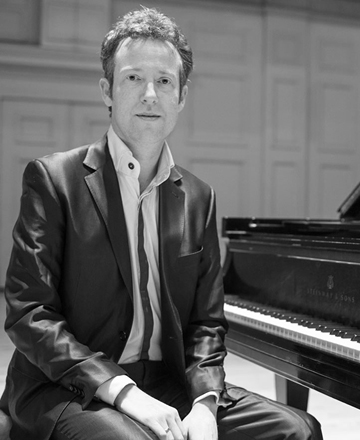 Sam Haywood has performed to critical acclaim in many of the world’s major concert halls. The Washington Post hailed his ‘dazzling, evocative playing’ and ‘lyrical sensitivity’ and the New York Times his ‘passionate flair and sparkling clarity’. He embraces a wide spectrum of the piano repertoire and is equally at home as a soloist or chamber musician or with accompanying Lieder. He has had a regular duo partnership with Joshua Bell since 2010 and often performs with cellist Steven Isserlis.

He has recorded two solo albums for Hyperion, one featuring the piano music of Julius Isserlis (grandfather of Steven Isserlis) and the other Charles Villiers Stanford’s preludes. His passion for period instruments led to a recording on Chopin’s own Pleyel piano, part of the Cobbe Collection. In 2013 Haywood co-founded Solent Music Festival in UK. The annual Lymington-based festival features highly varied programmes and projects in the local community. Guest artists have included the King’s Singers, the Bournemouth Symphony Orchestra, Steven Isserlis, Anthony Marwood, Michael Portillo, Mark Padmore and the Elias Quartet. 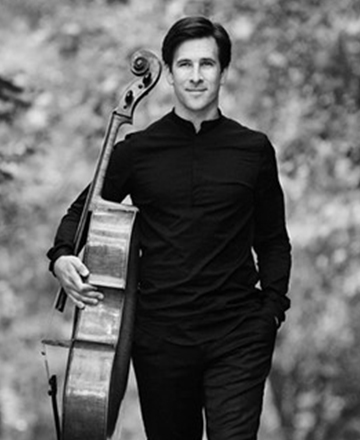 Guy Johnston is one of the most exciting and versatile British cellists of his generation. Born into a musical family, Guy joined his brothers in the world-renowned choir of King’s College, Cambridge, where he recorded the famous carol Once in Royal David’s City, under Stephen Cleobury. He went on to achieve important early successes through the BBC Young Musician of the Year title, the Guilhemina Suggia Gift, the Shell London Symphony Orchestra Gerald MacDonald Award and receiving a Classical Brit Award at the Royal Albert Hall. His mentors have included Steven Doane, Ralph Kirshbaum, Bernard Greenhouse, Steven Isserlis and David Waterman.

He has made many important debuts including at the First Night of the BBC Proms playing the Elgar Cello Concerto with the BBC Symphony Orchestra/Slatkin, the Brahms Double Concerto in the Philharmonie with the DSO Berlin/Valchua, and the Schumann Concerto with the English Chamber Orchestra/ Tilbrook. 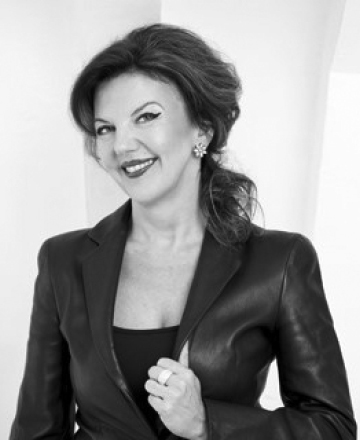 Tasmin Little has firmly established herself as one of today's leading international violinists. She has performed on every continent and in some of the most prestigious venues of the world. Her discography and performance schedule reflect her wide-ranging repertoire and she has given numerous World Premiere performances. She remains one of the few violinists to perform Ligeti's challenging Violin Concerto performing it in Berlin, New York, Salzburg, Amsterdam and Philadelphia.

Tasmin Little is a Fellow of the Guildhall School of Music and Drama (FGSM), a Vice President of the Elgar Society, an Ambassador for The Prince’s Foundation for Children and the Arts, and for Youth Music.

In 2016, she was awarded Honorary Membership of the Royal Academy of Music (Hon RAM) by the Academy and the University of London. In 2019, she won the BBC Music Magazine Personality of the Year Award. She is the recipient of the Gold Badge Award for Services to Music and in 2012 was appointed an Officer of the Order of the British Empire (OBE) in the Queen's Diamond Jubilee Birthday Honours List, for Services to Music. She plays a 1757 Giovanni Battista Guadagnini violin. 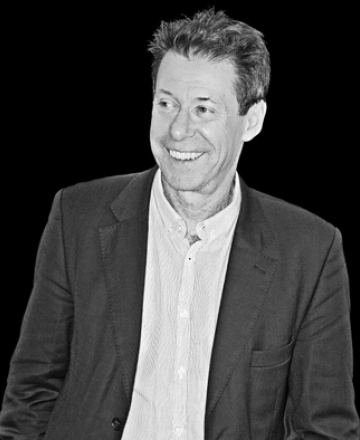 John Wallace grew up in the Brass Band tradition in Scotland. In 1965 he toured Europe with the National Youth Orchestra of Great Britain and went on to become Principal Trumpet with the Philharmonia Orchestra after periods with the Royal Philharmonic and London Symphony Orchestras as Assistant Principal.

In 2002 he became Principal of the Royal Conservatoire of Scotland, a multidisciplinary institution of Drama, Dance, Production, Screen and Music. He left this position in September 2014 to resume his musical career, reforming The Wallace Collection, and composing new music for brass.

John was awarded the OBE in 1995 in recognition of his distinguished services to Music, and the CBE in 2011 for services to Dance, Music and Drama in Scotland. 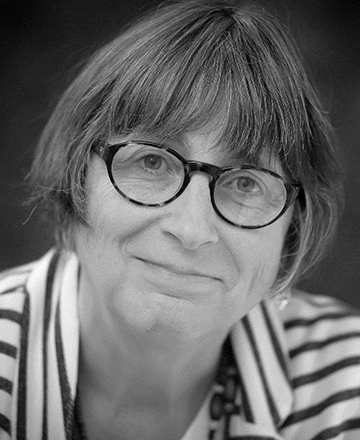 Melinda Maxwell read music at the University of York and studied in Germany with Ingo Goritzki and Helmut Winschermann. She has performed as oboe soloist at many national and international festivals and is frequently heard on BBC Radio 3. Many works have been written for Melinda including by Simon Bainbridge, Sir Harrison Birtwistle, Philip Cashian, Anthony Gilbert, Simon Holt, Jo Kondo, Nicholas Maw and Howard Skempton. Melinda is also an accomplished composer herself writing several works for oboe and also various ensemble pieces with strings. Her septet Fractures was commissioned and performed by the Birmingham Contemporary Music Group in 2015 conducted by Oliver Knussen.

She has made many recordings. Her solo CD Melinda Maxwell in Manchester: Music for Oboe from the RNCM released in 2007 for Dutton Recordings was CD of the Month for BBC Music Magazine. Another in 2009 features the first recording for Oboe Classics of Birtwistle’s 26 Orpheus Elegies and was awarded the top rating in the Guardian and BBC Music Magazine. Her latest CD Blue Bamboo: jazz and other improvisations was released with Oboe Classics in January 2017.

In addition to her work as a chamber musician and recitalist, Melinda is Principal oboe of the Birmingham Contemporary Music Group and the Endymion Ensemble. She has played as frequent guest Principal with many orchestras and ensembles; including and continuing with the London Sinfonietta with whom she has worked for the last thirty-five years, and over the years has played with major orchestras as sub-Principal. She has been in regular demand in the session TV/Film world and was featured in all the Inspector Morse series for TV.

She has taught as oboe tutor at the Royal Academy of Music (1995-2001) and Trinity College in London. She was RNCM Head of Woodwind (2001-2003) and RNCM Consultant in Woodwind Studies (2003-2018). She also coaches at the Britten–Pears School for Advanced Musical Studies and is Oboe Tutor for the National Youth Orchestra of Great Britain.

In June 2013 she gained an MMus in Jazz Performance from the Royal Birmingham Conservatoire. In September 2017 she began a PhD in Composition, Improvisation and Performance. Lockdown has given her time to improvise inside and outside known harmonic forms. She has undertaken an extensive case study involving improvisations on each of Benjamin Britten’s Six Metamorphoses after Ovid for solo oboe. And she is also undertaking extensive study of the Ancient Greek Aulos (or double reed pipe) including the invention of music for the Aulos.